Skip to main content
Valentine Candy/Carnation Grams
The CHS PTO will be selling Candy Grams and Carnation Grams to be delivered on Valentine's Day. Cost is $1.00 each.
President's Day
Coosa County Schools will be closed Monday, February 21st in honor of President's Day.
Prom Tickets
Prom tickets are now on sale for $50 per person. See Mrs. McDonald for more information.

Parents, this is a message from your superintendent.

Coosa County Parents, We are experiencing a high number of staff and student COVID cases in the highschool and the elementary school.

With the rise in cases, we are opting to have E-Learning Wednesday-Friday, 19 th -21 st January. E- Learning will potentially alleviate the spread of COVID. You will be contacted by your students teacher on the format the E-Learning will be administered. Please make sure your student is taking part in all school related sessions.

We ask that your student not take this time to congregate with their friends and outside family, hoping to slow the chances of getting COVID.

If your student contracts COVID, please contact your schools nurse so we can track their progress.

We are projecting to return to school on Monday, 24 th of January at this time.

This is a message from your Superintendent Mr. David Stover.

Parents, I hope you and your families had a great holiday and were able to spend some quality time together.  I wanted to thank you all for what you and your students do to make this school system a great place to attend.  This message will be lengthy, so please listen to the entire message. This message can also be read on the district website or on your students school website.

I am sure you have been made aware of the new variant Omicron that has made its way into our community. This variant is easily transmitted and hitting our community and those surrounding us hard.

We have two goals.

The first goal is keeping our students, teachers, parents and administration safe through this pandemic.

Our second goal is to keep our schools open so our children will continue their academic growth with limited disruption.

We have been successful with keeping our students in school, as well as safe, for a full year with limited disruptions.  So, we are going to make sure this continues.Coosa County Schools will go back to mandatory mask mandates while in Coosa County School buildings and continue to be worn on school buses. Masks will be optional outside of those facilities.  This Mandate will continue through the month of January.  We will watch what is developing and re-assess February 1st on the current status of COVID outbreaks.

Benefits of mask wearing are  Students will be protected from transmission of COVID and When we have a Positive case of a student in our school, we will not have to quarantine those around them as long as masks are worn.

We need to continue to work together to get through these crazy times.  Just know we will do everything we can to ensure your students safety and academic growth through the COVID pandemic.

Thank you for all you do.  We look forward to seeing our students on Tuesday. 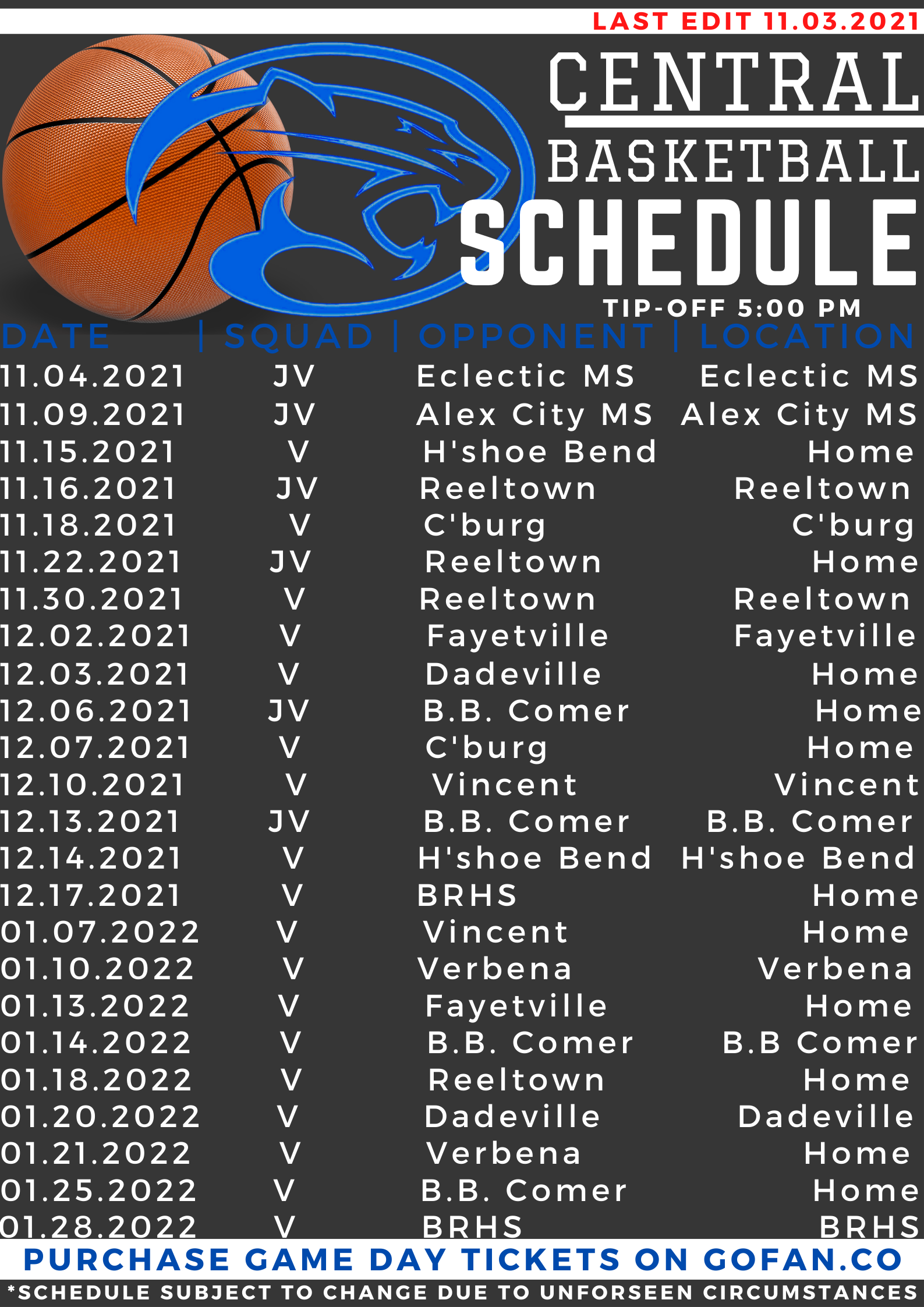 Basketball Season has begun.  We are looking forward to an exciting season.  The direct link to purchase tickets at gofan.co can be found below.  See full schedules for more information about upcoming games. 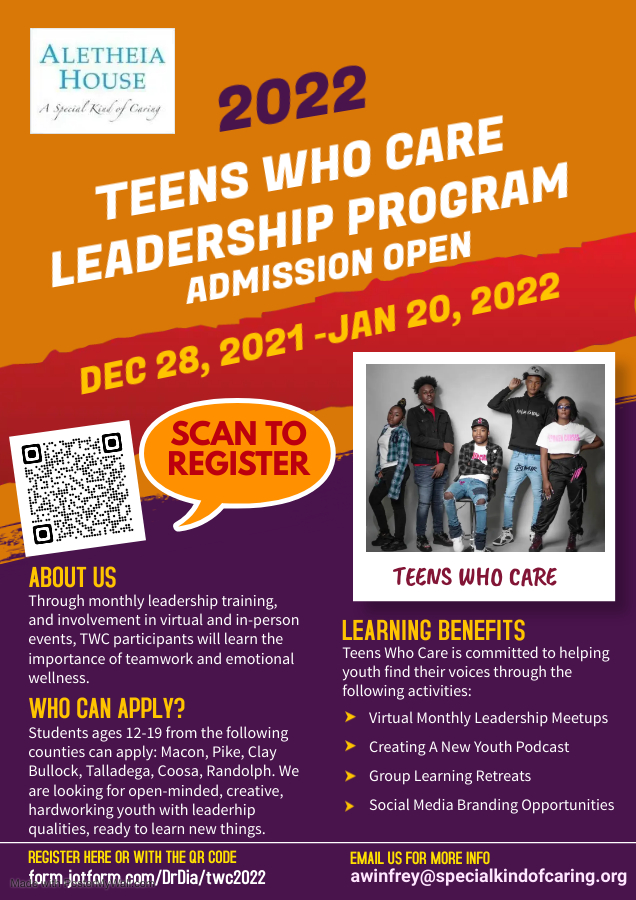 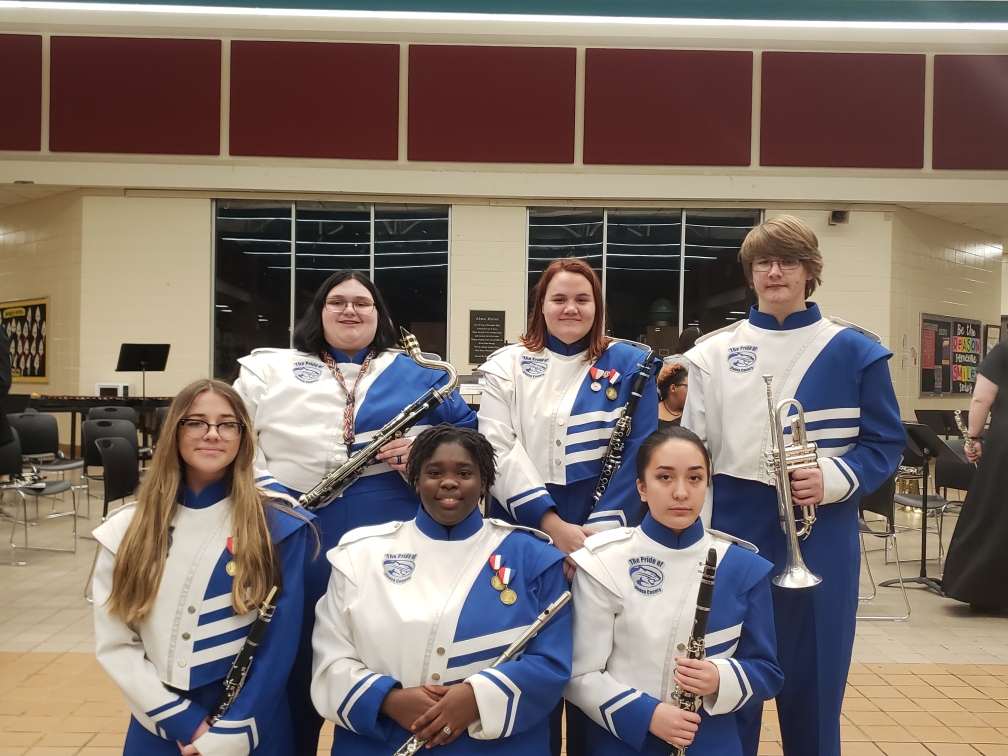 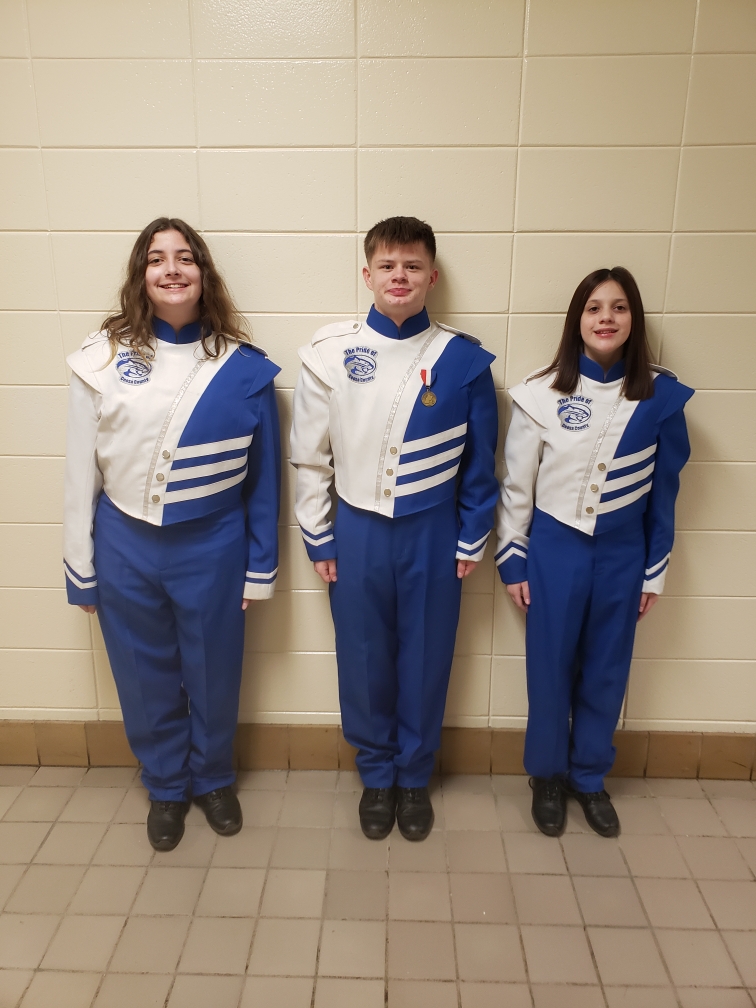 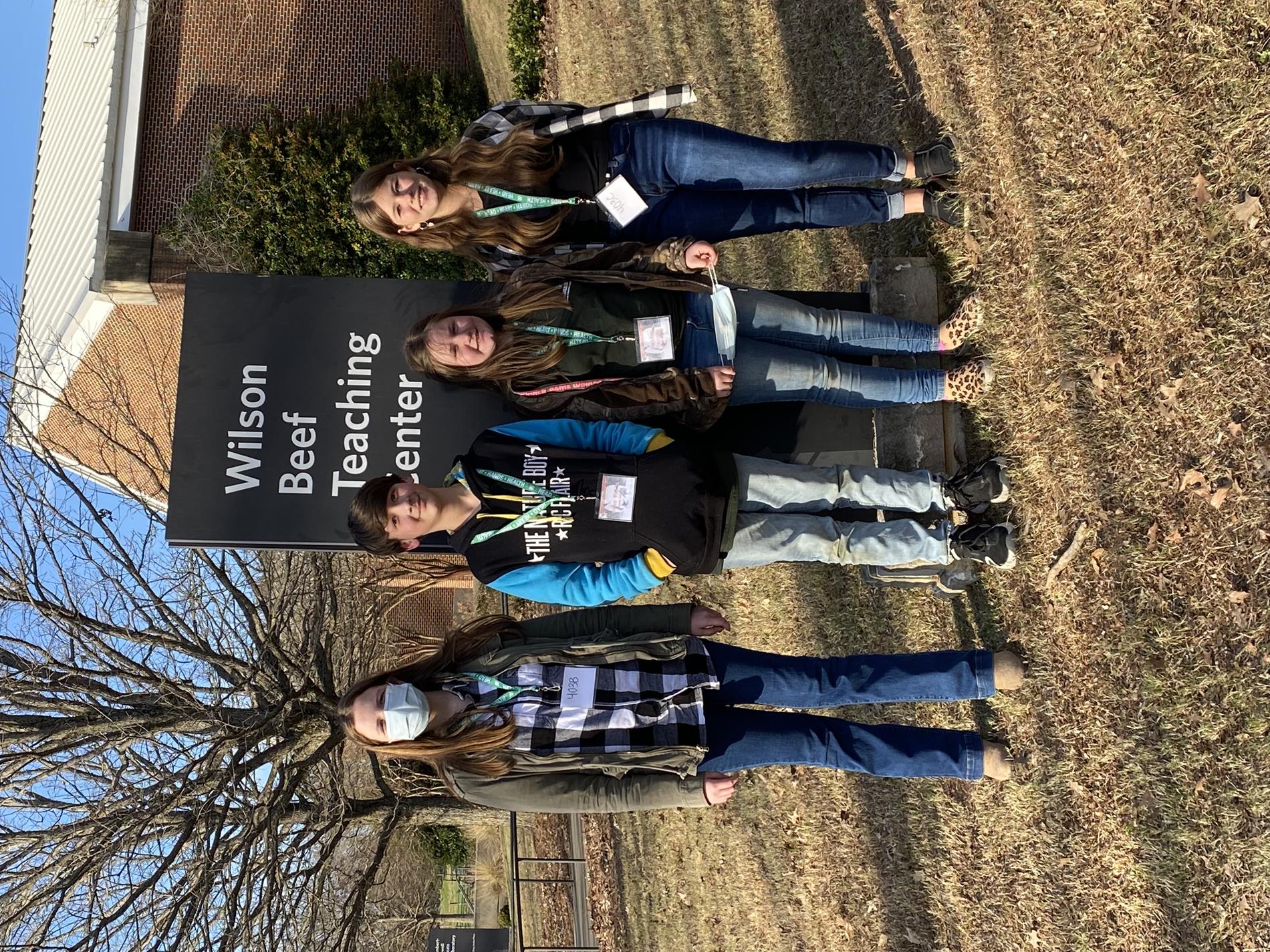 The results of the Quizbowl, which was a team competition, our Junior Team won 1st place and our Senior Team won 3rd place.

Congratulations to all our competitors and thank you to Mrs. Janet Lovelady, Alabama 4-H Foundation Regional Extension Agent, who has mentored our students as they have worked hard and studied a lot of material over the past few months. 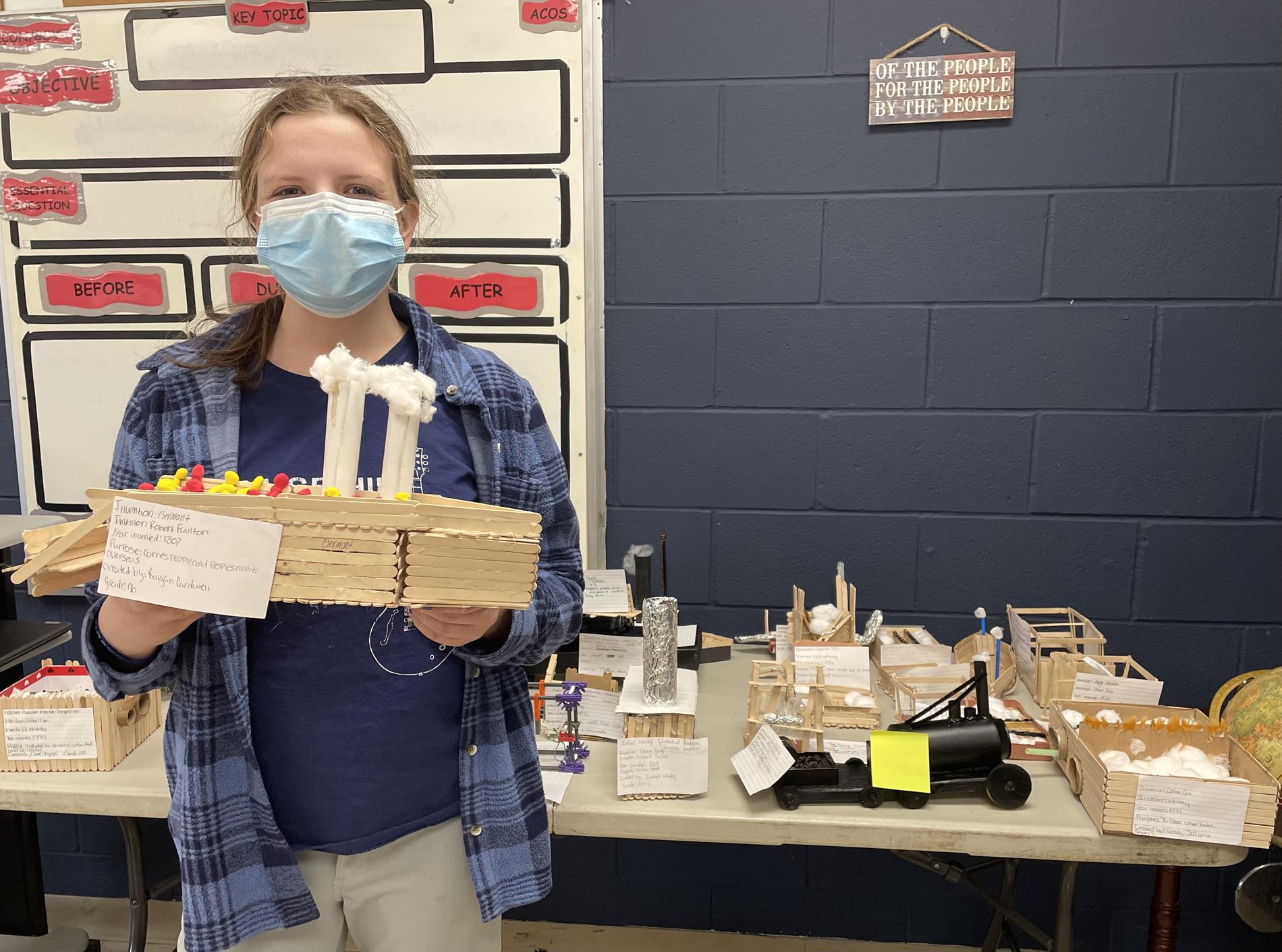 9th grade modern world history students chose an industrial revolution invention to recreate for a museum exhibit.  The model also included a museum label with the inventor, date, and how the invention revolutionized industry.  As was often the case during the industrial revolution, our models were a competition with the reward being chocolate, specifically Belgian chocolate because Belgium was the first country to industrialize after Great Britain.  Winners in each class period were  Regan Cardwell  who recreated Robert Fulton's steamboat, the Clermont, which sped up transportation of people and goods.   Abbigal Mizzel also recreated the Clermont steamboat, but Mizzel used a foam base so her steamboat could float.  Jakaden Lauderdale recreated George Stephenson's steam locomotive, the Rocket. Students were told to be resourceful and use what they had so Jakaden used raisins to represent coal.  The judges of the competition were 12th graders who created the models themselves when they were in 9th grade. 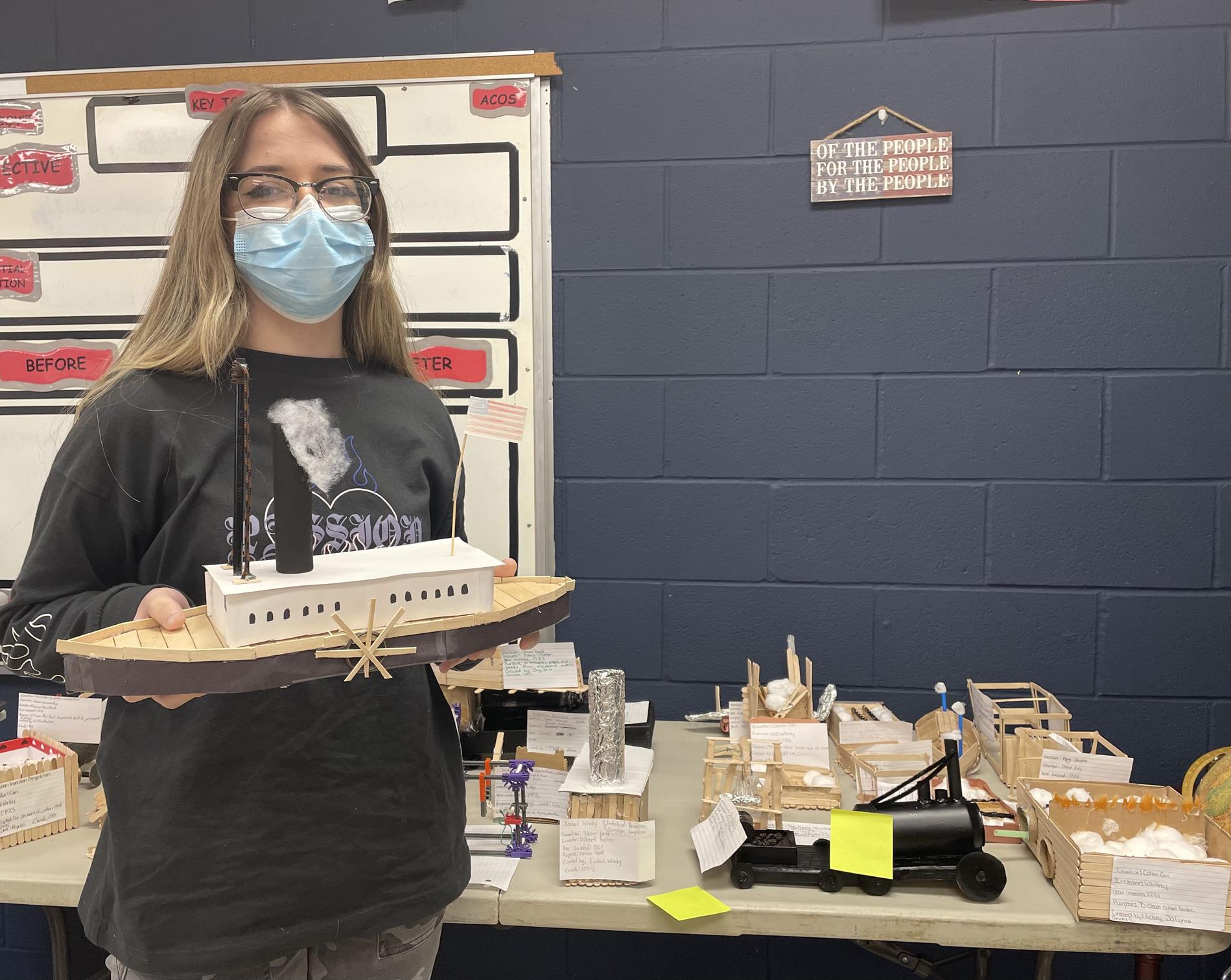 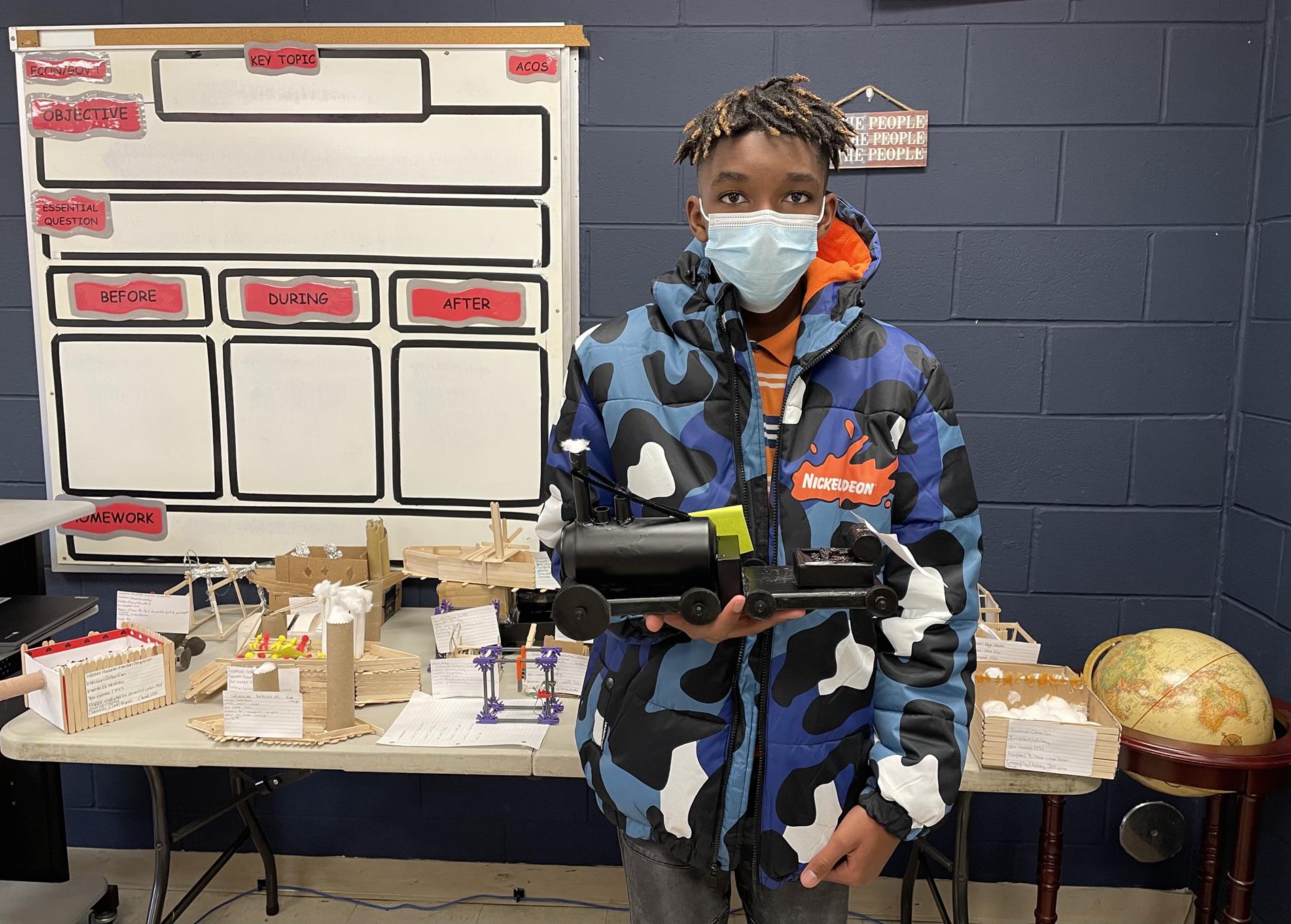 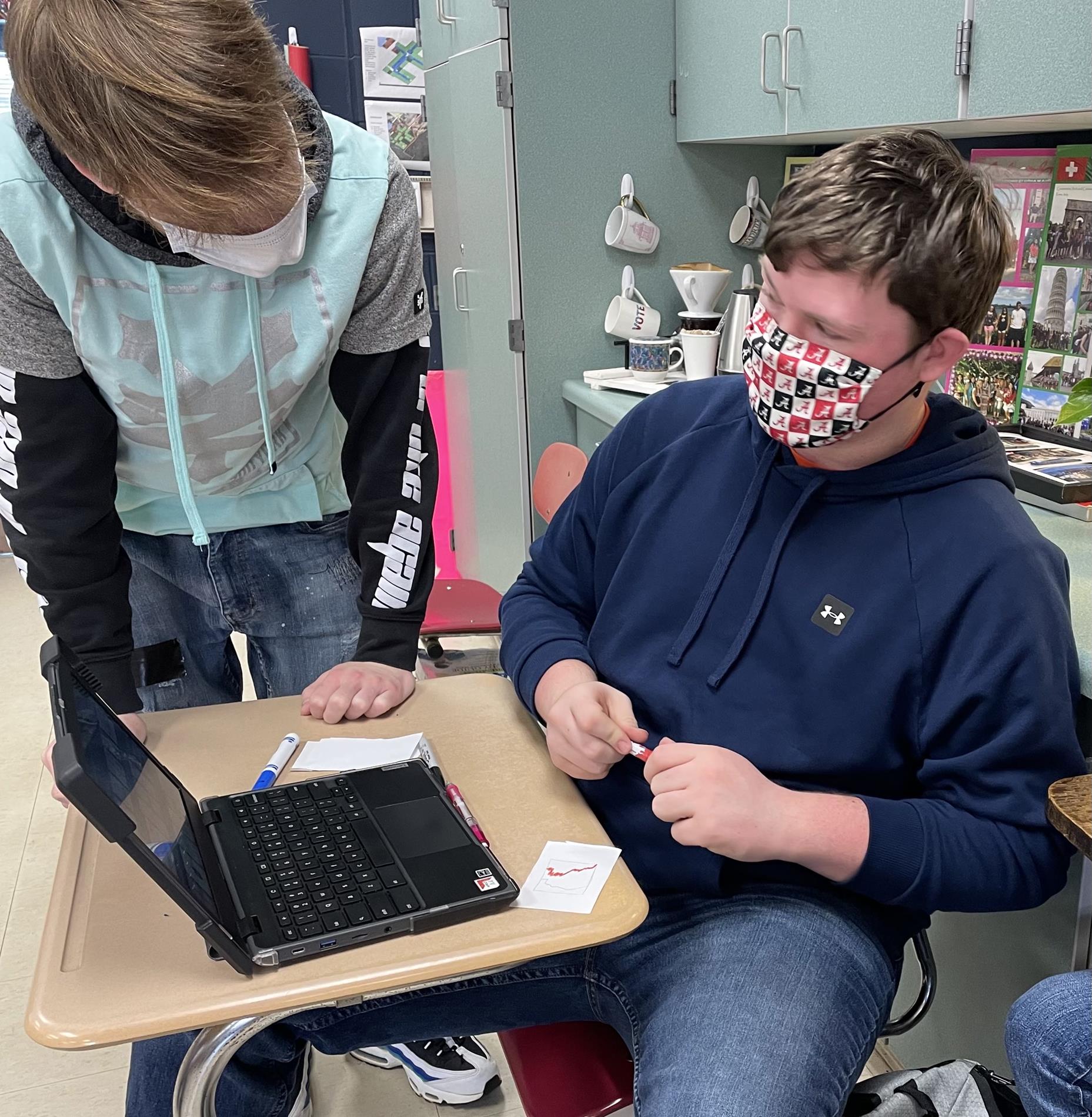 12th grade economics students participated in a simulation to contrast production in command (communist) economies and market (capitalist) economies.  Students were able to experience that when all the production decisions are dictated by the government, as is the case in command economies, the result is unmotivated workers and shoddy products (exhibit 1).  In fact the students became so frustrated with the government in the first simulation they were asking to move before the simulation was even complete!  Whereas in a market economy where consumers and producers are able to make production decisions and are motivated by profits or income, higher quality and a variety of products are produced.  Some students, such as Wesley Thomas (above), even did market research to find out what type of badge an economist would like when his production group created a Dow Jones Industrial Average badge. Student workers were so much happier in the second simulation in the capitalist country that they proudly wore the products they created. 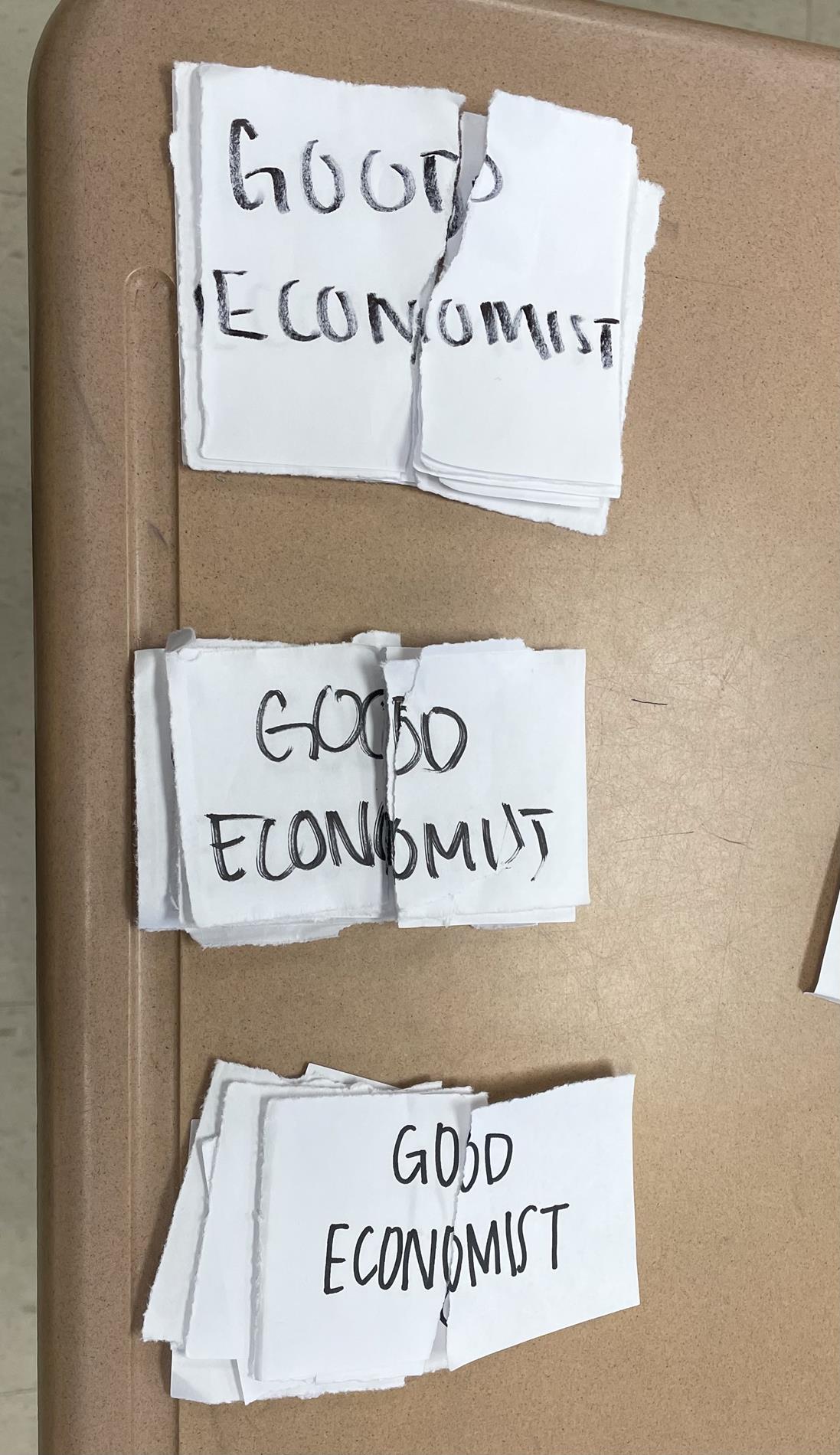 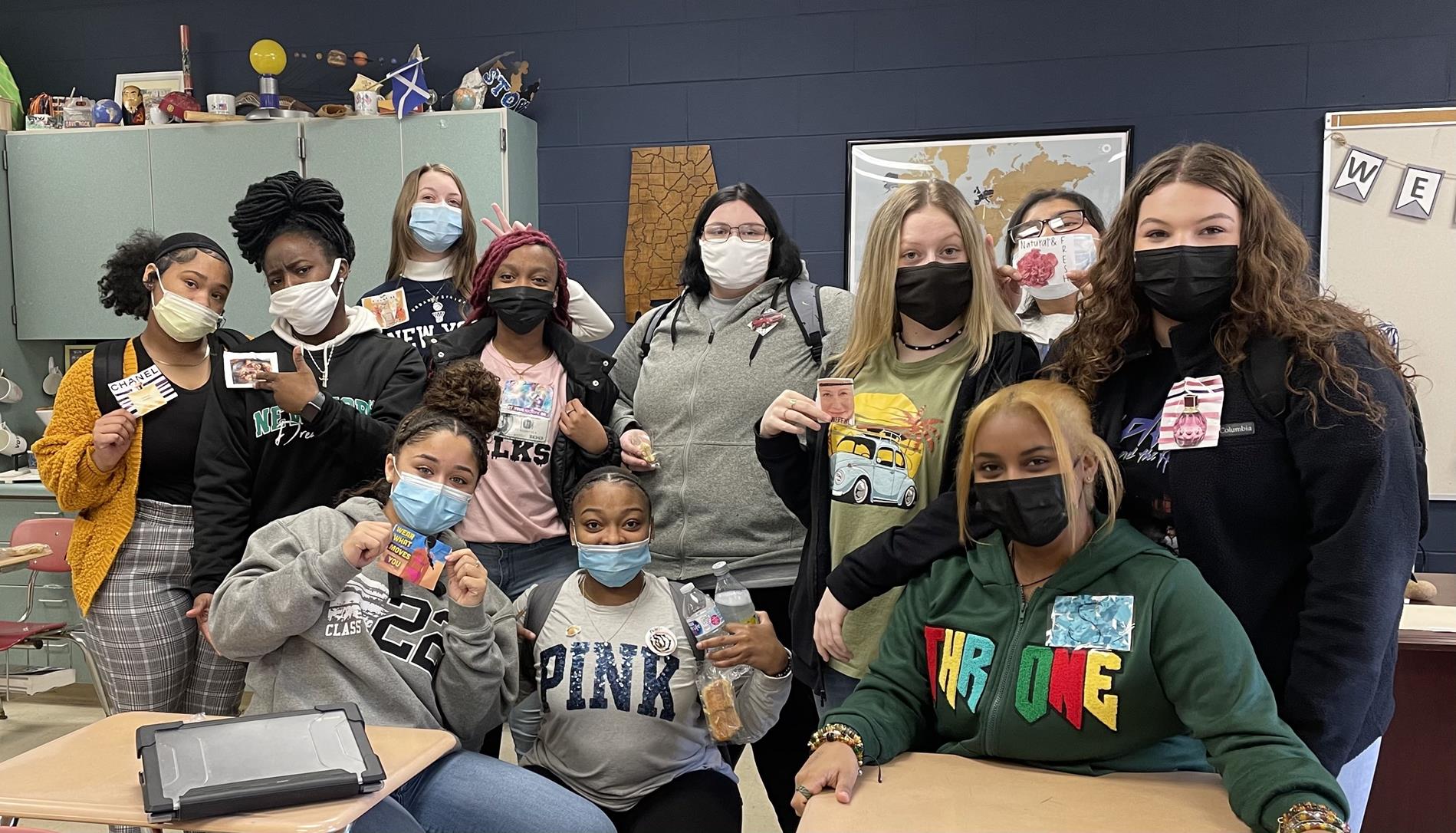 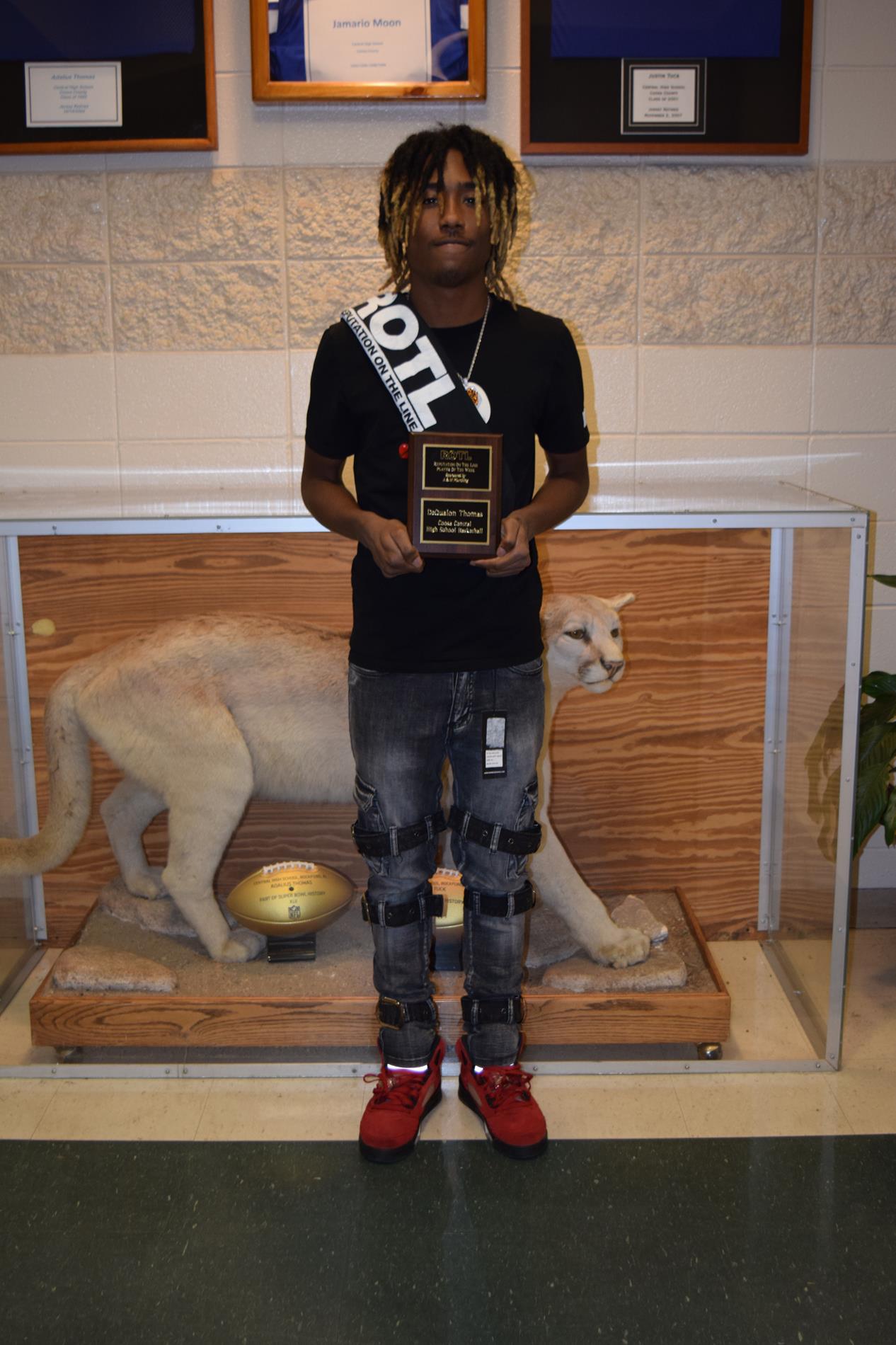 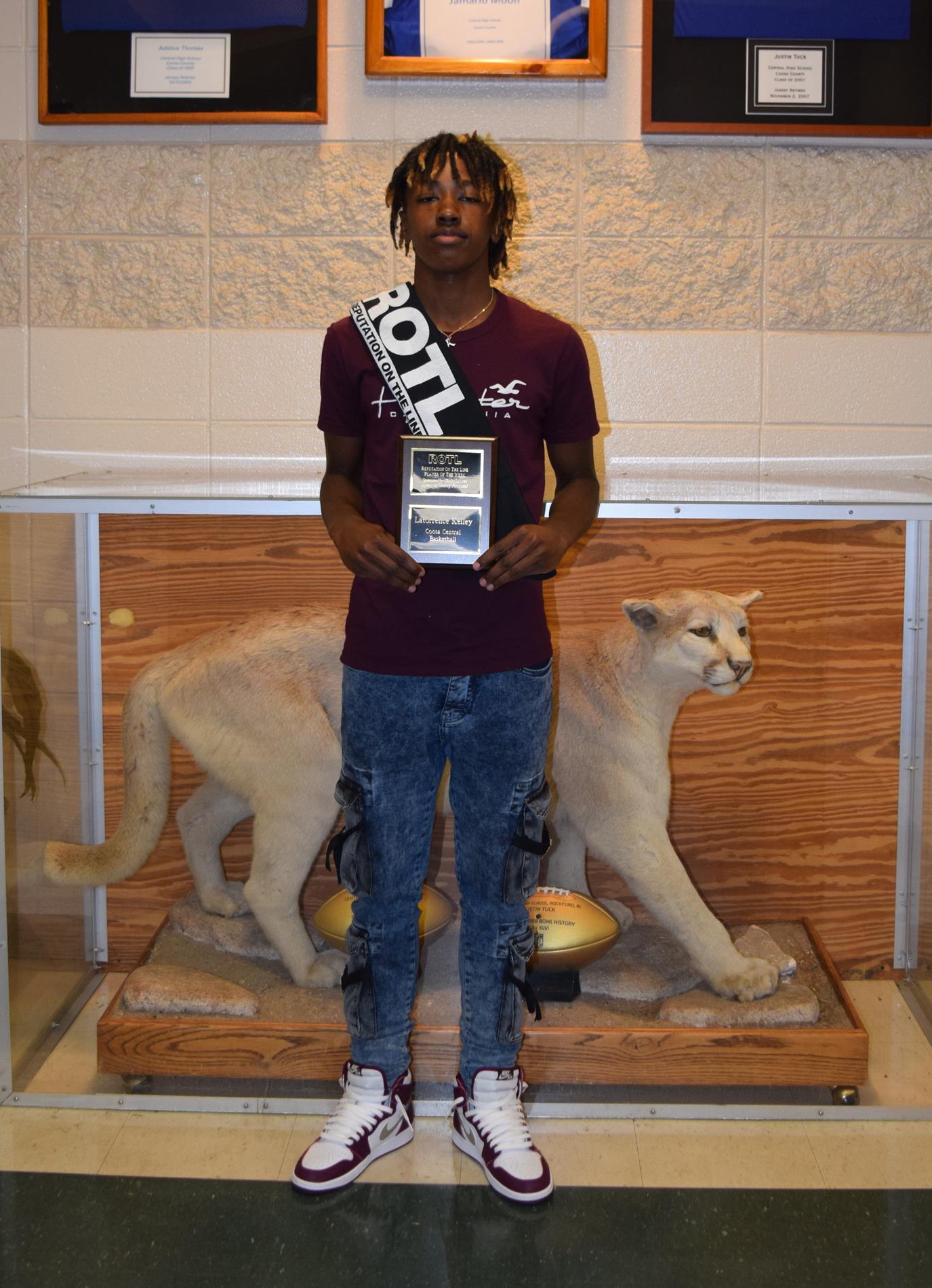 Torrance Kelley receives the ROTL 9th Grade Student of the Week Award.
Congratulations to 11th grader, Dequalon Thomas, and 9th grader, Torrance Kelley for receiving the "Reputation on the Line" ROTL Student of the Week Award.  The award honors outstanding student athletics who demonstrate leadership skills on and off the court.  The award was presented to Dequalon and Torrance by Eltoro Freeman, who is the founder of ROTL.
As mandated by the state of Alabama, every senior in the state must pass a 100 question Civics Exam in order to graduate. The state requires a minimum score of 60% to pass, but our senior class averaged an 80% on the exam.  Two of our seniors, Raamiah Gaddis and Jeiby Garcia, scored a perfect 100 score.  Some of our seniors were able to take a picture as they celebrated being one step closer to graduating 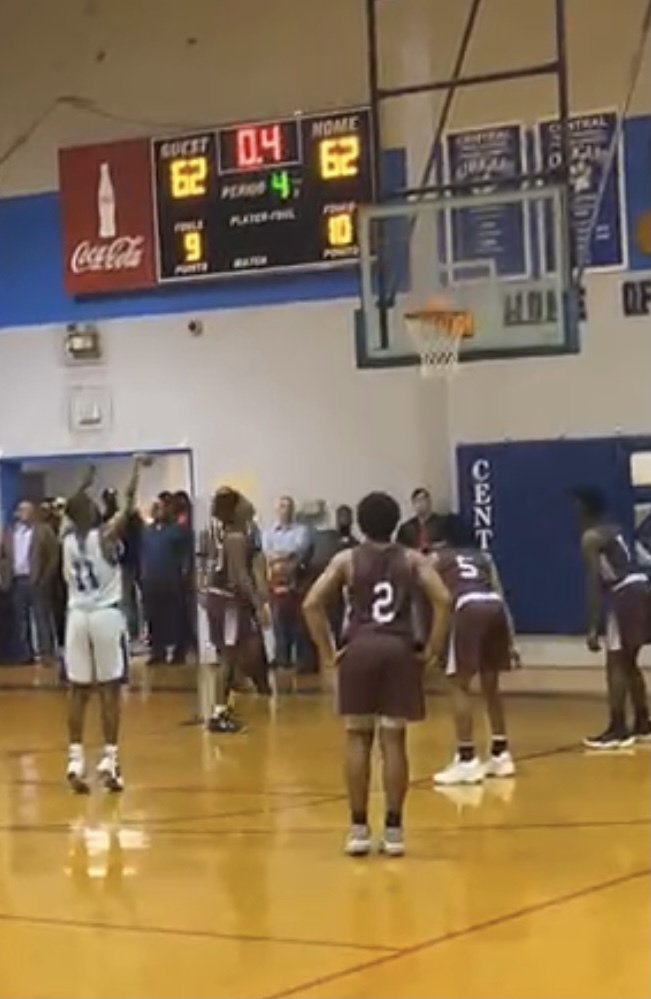 CHS January Students of the Month 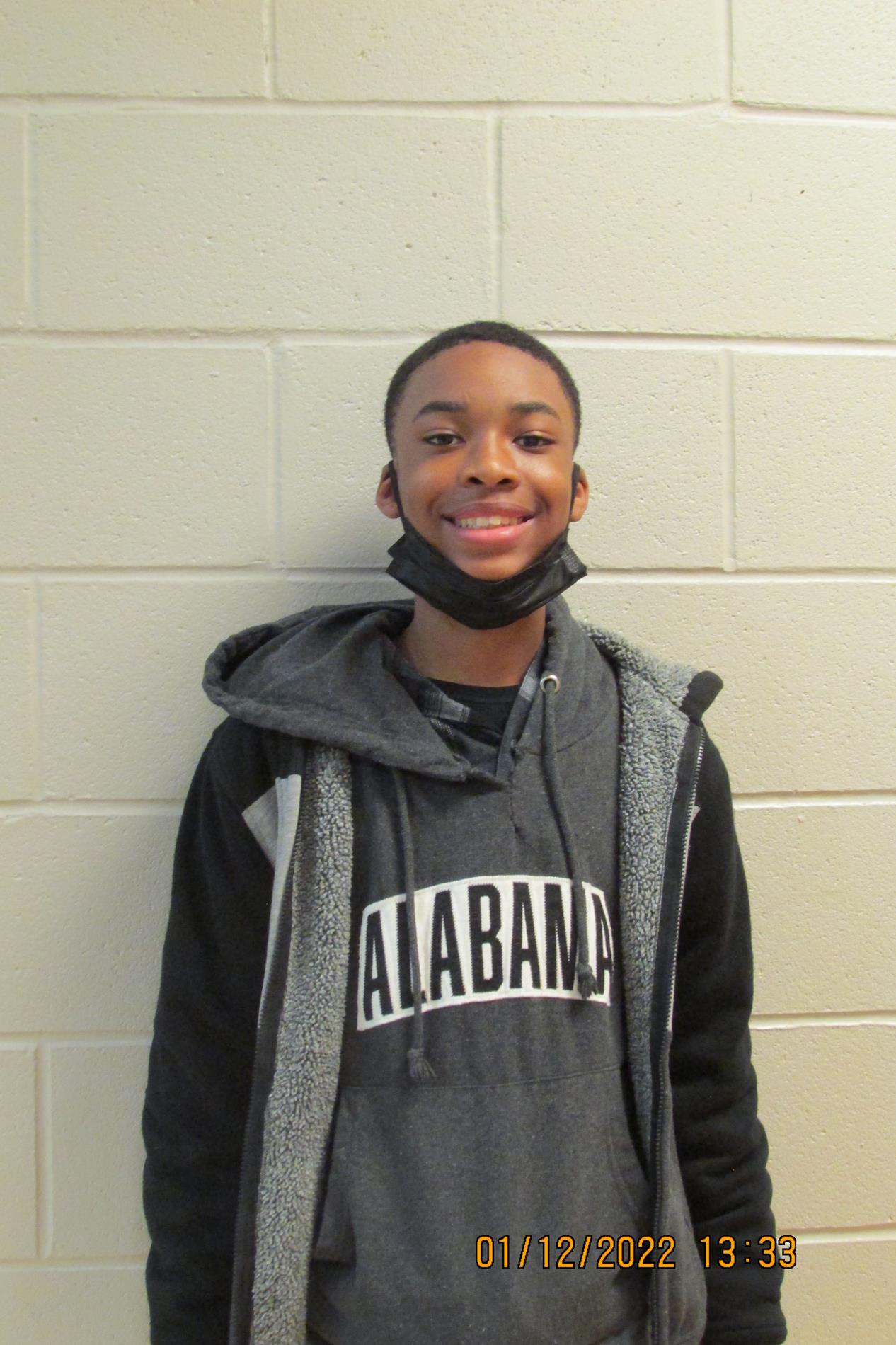 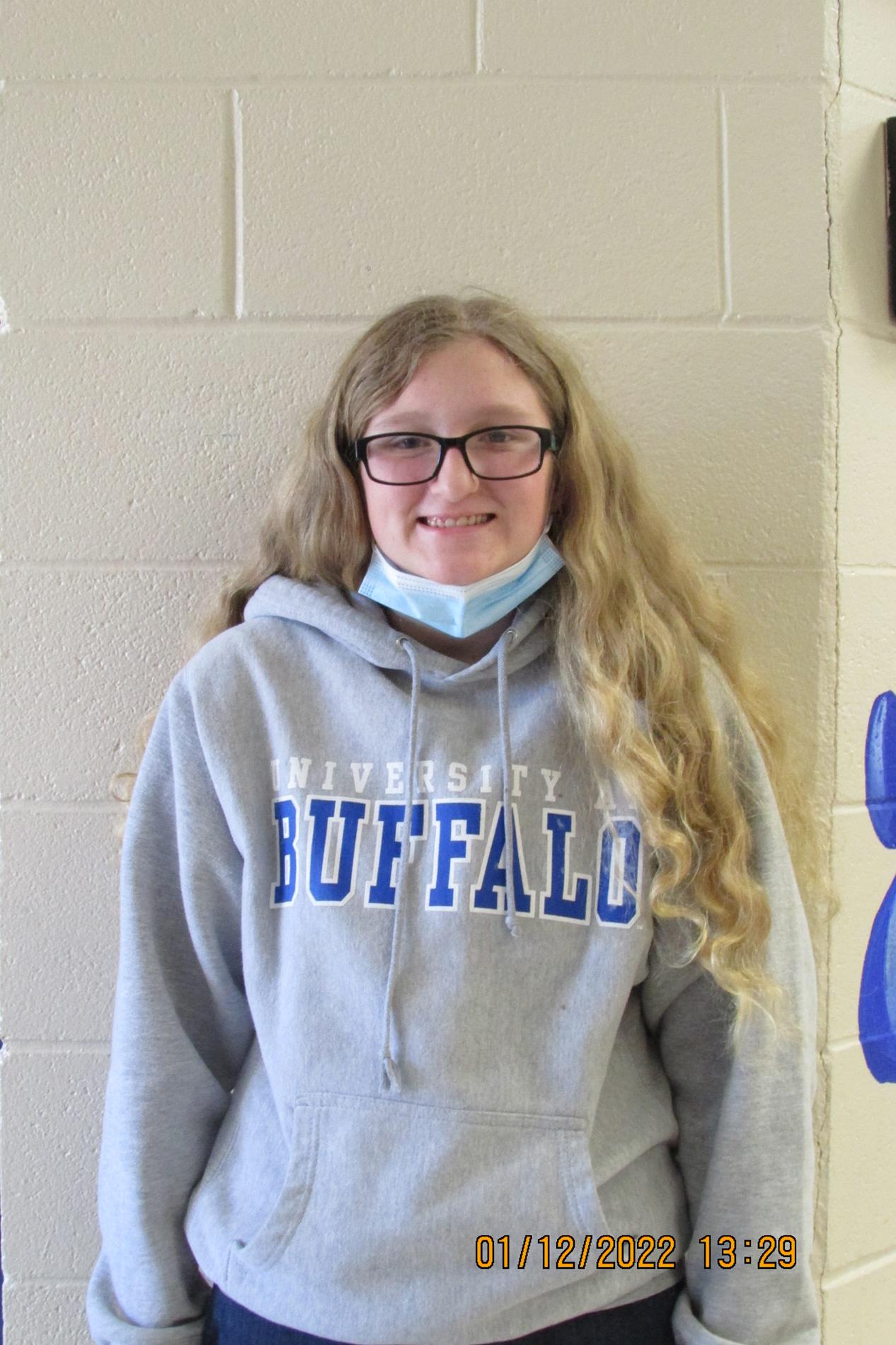 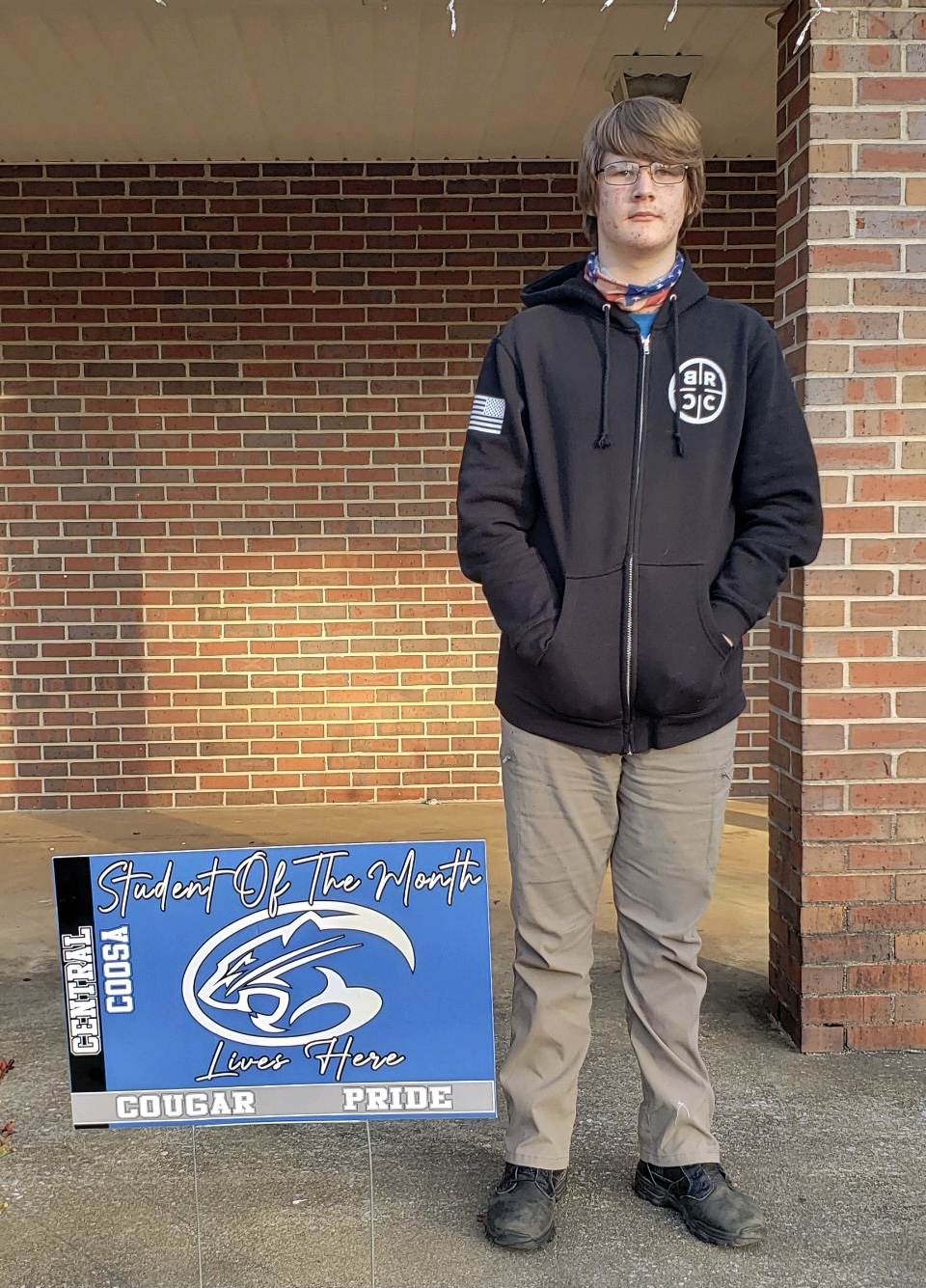 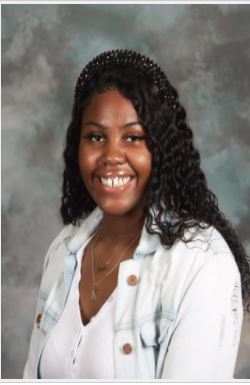 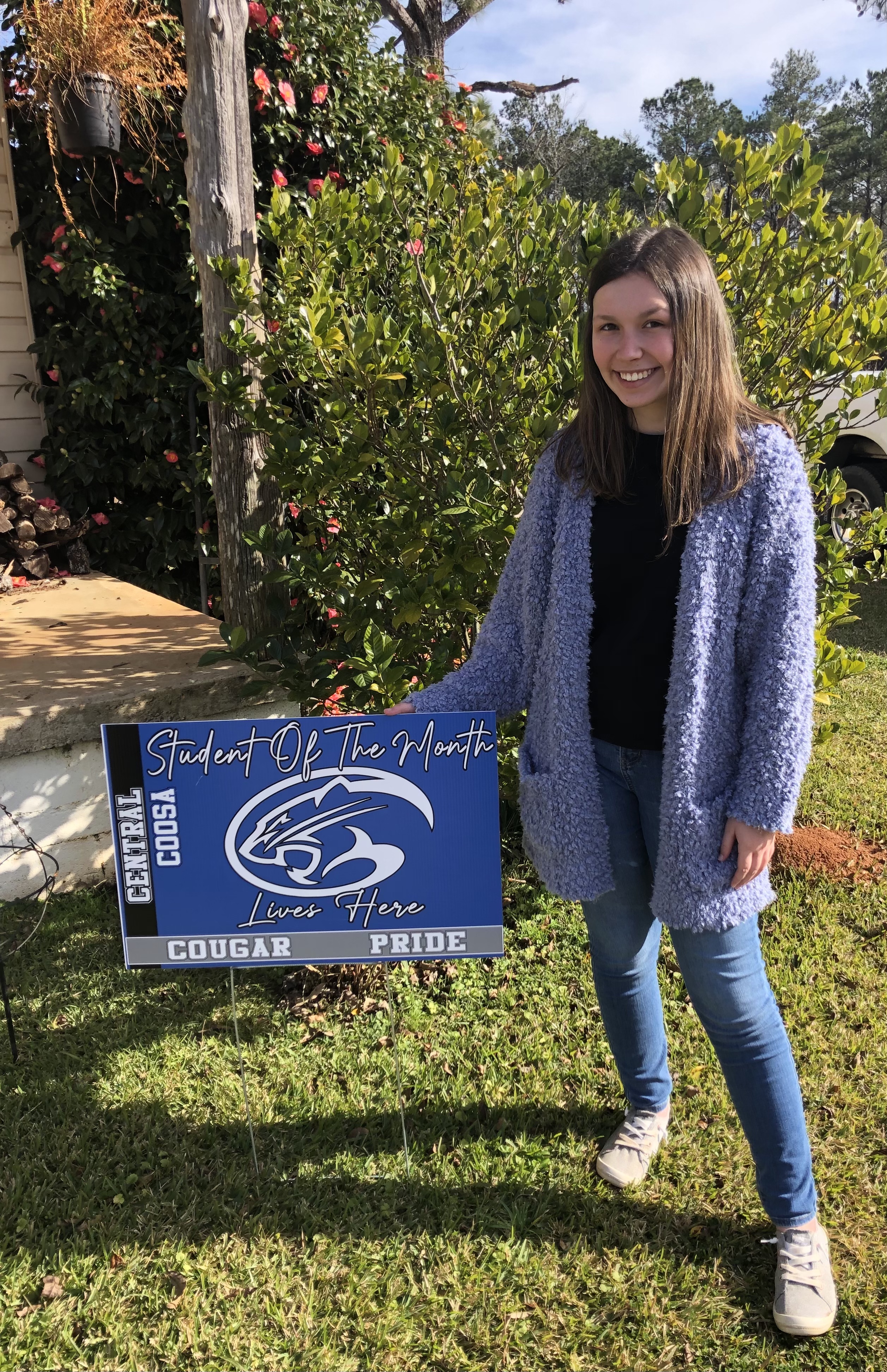 Special Thanks to the Central High School Student Government Association for their hard work in submitting images and stories for the SGA News and Notes section.  Please contact any member of the SGA if you have any news or events you would like to be covered.  The SGA is sponsored by Mrs. Debi Stover.  SGA President for the 2021-2022 school year is Raamiah Gaddis. 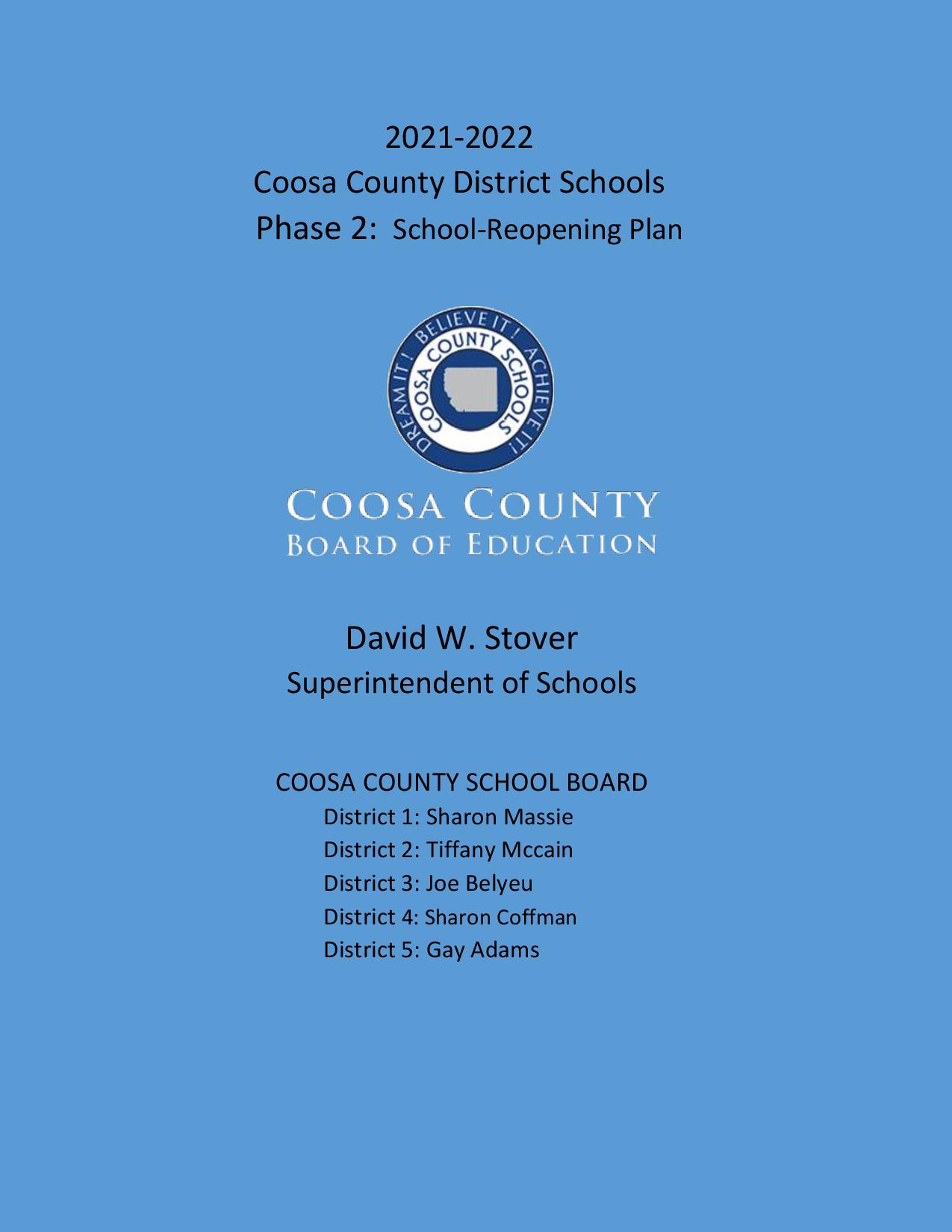 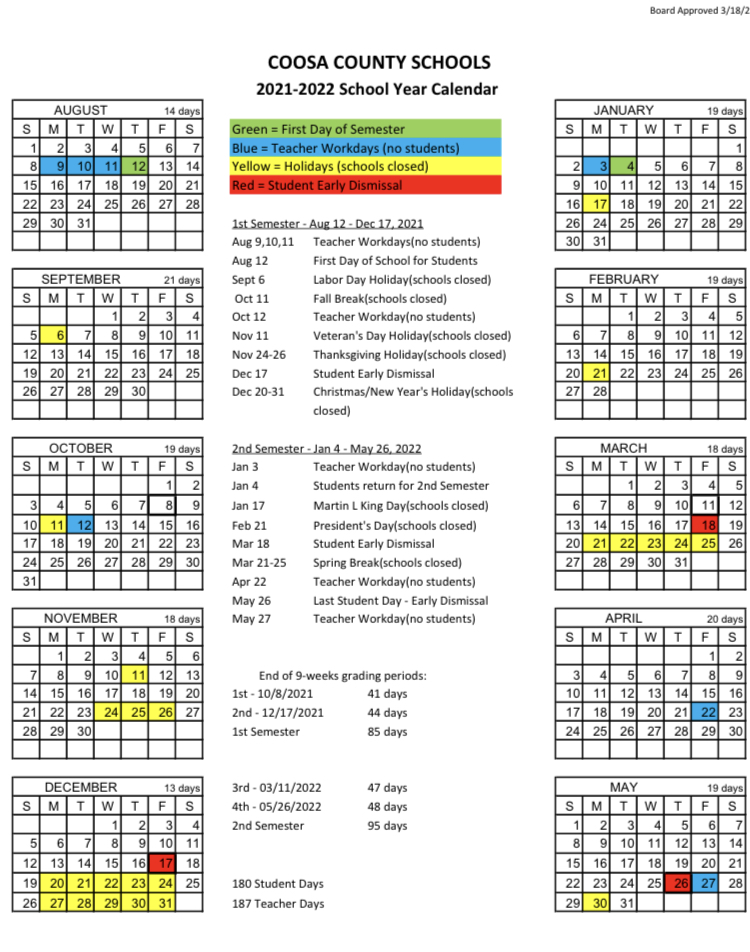 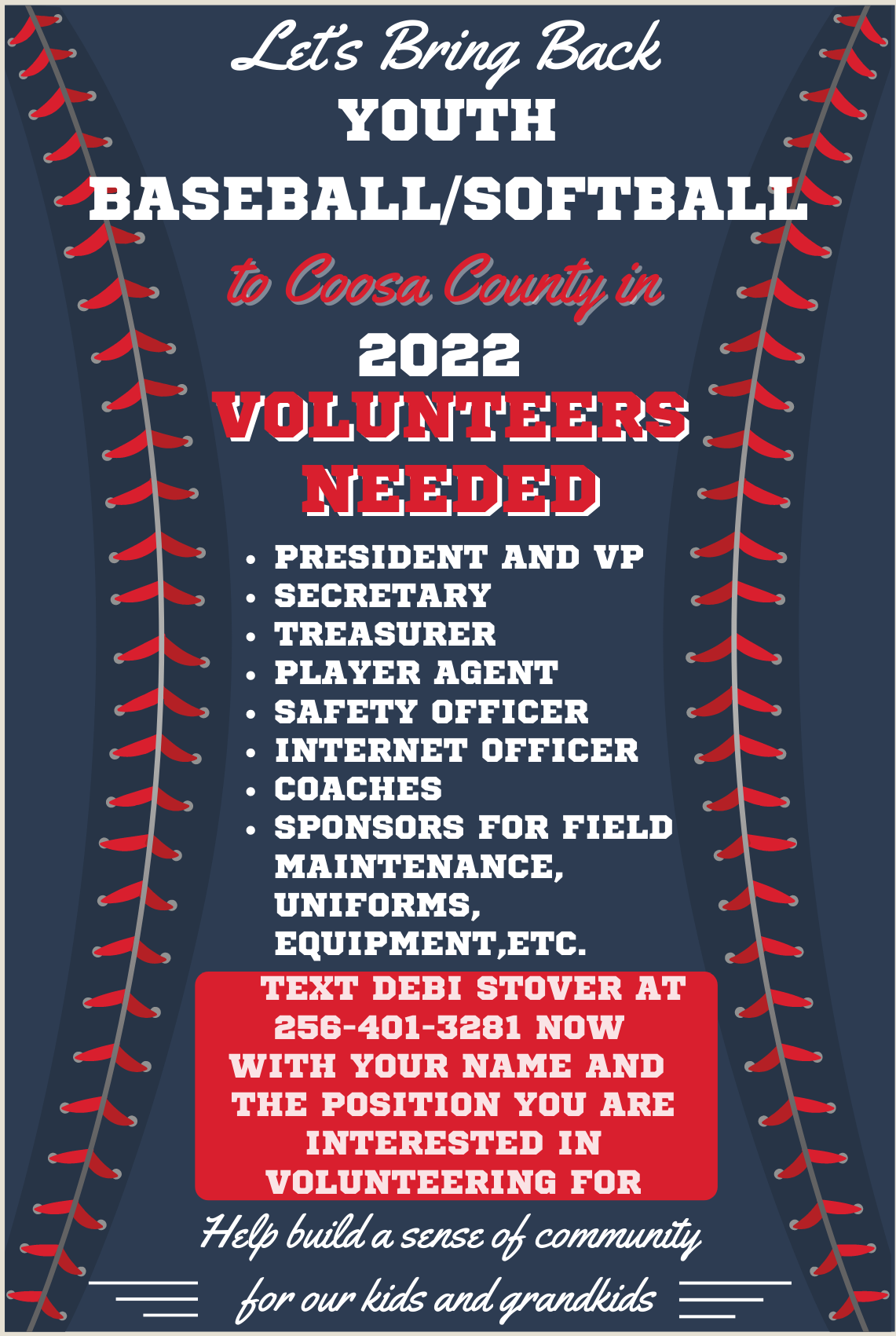